Plus size life through the eyes of a Faterpillar. 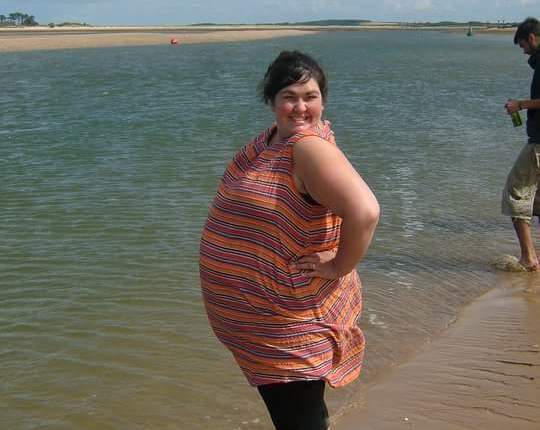 On Easter Sunday 7 years ago I spent the night in hospital awaiting an operation. I had been suffering with abdominal pains and sickness throughout the day and we were beginning to worry… I was 13 weeks pregnant at the time and had been told in no uncertain terms that there was a potential risk to my baby – and no option but to operate. They couldn’t be certain that it was appendicitis but said they would have to look inside to be sure. They explained that as the baby wasn’t yet ‘viable’ it wouldn’t be monitored during the operation. It was terrifying to think we could lose our baby just as we’d reached the milestone when you’re finally able to announce the news to the world. It felt like our future literally sat on a knife edge. I was numb. So numb in fact that I’d refused the (pre-op) pain relief I’d been offered as I didn’t want to harm the baby. The situation was way out of my control – I think I subconsciously maintained the only sliver of control I had left!

I lay there that night imagining the worst. Playing the scenarios out in my head. I was in limbo. I felt guilty. Guilty for my body failing us.

The operation went ahead on Easter Monday and was a success. Fortunately it was an inflamed appendix and they were able to remove it through keyhole surgery without disturbing anything else. But we had to wait a few more hours after the surgery before a midwife was able to check for a heartbeat. When she found it I was so overwhelmed I burst into tears! Despite the odds being stacked against our baby, she had held fast! We were so incredibly lucky that day.

The rest of my pregnancy was relatively drama-free… Our beautiful baby girl was born just after her due date.

But within a week she was back in hospital again due to poor weight gain. They suspected meningitis. We’d been parents for 7 days and were having to make parental decisions we never dreamed of. I felt the same feelings of guilt, fear and helplessness. Fortunately she responded well to her treatment and we were able to go home a week later. And so far (touch wood) she hasn’t had to go back!

We were incredibly lucky that, on both occasions things turned out to be OK. I know it doesn’t always work out like that. I know several parents who have had to say goodbye to their children too soon, or have cared for them during long term illnesses. I am incredibly fortunate that I am not one of them. What I learned from these experiences (and from watching others going through their own experiences) is that even when things feel grim you can find some comfort in the love and kindness of others. My husband and I had eachother (I would have been lost without him) and our friends and family to keep us strong. Positivity may not change the final outcome but no good is likely to come from negativity.
So why am I telling you this? It doesn’t exactly fit in with the theme of my blog… Or does it?!

During both of my pregnancies I experienced a significant amount of body shaming for being ‘obese’ – even before we’d conceived. I was told that my weight would make it harder to fall pregnant and that I’d be at risk of complications such as gestational diabetes or high blood pressure. As a result of being ‘high risk’ I was not allowed to consider a home birth or water birth – even though the water birth could have been in hospital. During my second pregnancy I was still considered high risk.

I understand that the risks may be statistically higher and that I would always want the best care for my babies and myself but I would think there would be some consideration of personal history. Sadly not.
I was even made to feel bad about my body during labour because the heart monitor wouldn’t stay in the right place and the midwife was very clear that this was due to my weight. It’s not like I could do much about it in that moment! Within the previous 9 months I’d undergone surgery, stayed in work full time (and carry on going to tap dancing classes) up until 3 weeks before my due date! Other than the (unrelated) appendicitis, I had no health complications – weight related or otherwise.

When I was trying to conceive and during my pregnancies I don’t recall reading much online about healthy fat pregnancies – even though there were definitely some out there. There was even less about pregnant women having successful operations under general anaesthetic during their second trimester (and I Googled it a lot that night!). Yes there are higher risks of complications – but the constant negativity and body shaming of fat women is really not helpful. A few anecdotal positive stories here and there might bring someone a bit of comfort and that’s why I have chosen to share my experience.

I’m so excited to announce that I’ve been accepted as a This Girl Can Essex Ambassador! The ambassadors are a group of women who support the national and local This Girl Can campaigns to celebrate being active and to inspire others to get moving too!

To explain why I wanted to be a part of the campaign – here’s what I wrote in my application:

I’ve just stumbled upon the Essex This Girl Can Ambassador info online – someone I follow on Instagram was talking about the opportunity and I instantly thought it was something I’d like to be a part of!

I’ve been supportive the national This Girl Can campaign and often use the hashtag on my exercise related photos or blog posts. But until today I wasn’t aware we had an Essex version – I’ll be using those hashtag too from now on!

My name is Becky and I’m a 35 year old mother of 2 living in Colchester, I work in student welfare in a secondary school by day and blog about plus size body positivity, self-love and fashion in my spare time. I particularly enjoy dance and zumba classes and have recently joined a street dance “crew” so will be performing in a show with them this summer.

Here are a couple of my blog posts to give you an idea of my perspective of plus size and exercise:

I also tweet (@bixxboxx) and use Instagram (@veryhungryfaterpillar). My ethos is about exercise being fun and accessible for all. I do it because I enjoy it. Not necessarily to change my body shape or lose weight. I’d love to help contribute to inspiring others to get involved in exercise. I believe that as a 30 something ‘fattie’ who manages to find the time and the confidence to shake my bootie regularly (and enjoy it!) that I’d be the sort of person who could inspire others to get up and try it! I would also be keen to link this with my role in school to encourage some of our students to take part and enjoy exercise.

After years of hating my body and being embarrassed about exercising I’ve finally managed to have the confidence to get out there and try stuff. If by sharing my story I can inspire others to give it a try and see some of the benefits of exercise (and not just weight loss – it isn’t always a good motivator!) then I think this is worth a try! 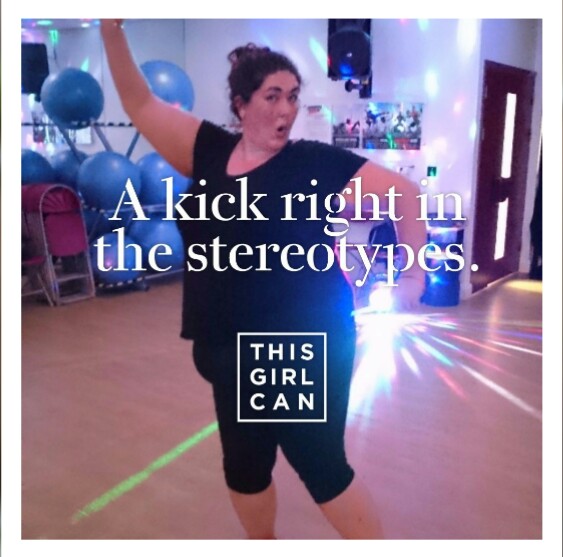 I’m off to a celebration event in a couple of weeks to find out more about the campaign, network with other local ambassadors and pick up my Ambassador t-shirt! Hopefully then I’ll be able to share more with you.

But for now – crack open the Ferrero Rocher – I’m an Ambassador! 😄